Baptism is the sacrament through which one is received into the Church. Through baptism we are united with God, “put Christ on”, receive forgiveness of sins, and become members of Christ’s body. Immediately after Baptism, an Orthodox Christian receives the sacrament of Chrismation with the Holy Chrism (in Greek ‘myron’) which is the ‘seal’ of the Holy Spirit.

Things to remember about Baptisms:

Baptism is a necessity to facilitate human beings into a full sacramental life with God. It does not automatically make you ‘Greek’ but makes you a member of Christ’s body.

The Orthodox Church performs infant Baptism because we believe it wrong to deprive children of God’s grace through the sacraments.

The Sponsor (‘godparent’) of the person who is to be baptised must be an Orthodox Christian above the age of 12. The responsibility of the sponsor is to ensure that their ‘godchild’ is instructed in the ways of the Orthodox faith (hence it has never been the case where a sponsor is from another denomination or religion).

Non-Orthodox Christians, wishing to enter the Orthodox Church are received by the Sacrament of Holy Chrism if they have previously been baptised in the Name of the Holy Trinity.

Things needed for the service of Baptism:

Clothes for after the Baptism.

The next time the baby is bathed after his/her Baptism, the bath water should be poured out near a tree or into a river so as not to defile the Holy Chrism still present on the newly baptised person.

The ‘mati’ (blue bead that supposedly wards off the evil eye) is not to be placed on a baptised baby nor placed on the chain of the baptismal cross as this undermines the power that the Cross of Christ possesses.

Price of fees for baptisms are available from Parish priests.

The sacramental union of a man and a woman should be performed in the Orthodox Church according to the liturgical tradition, and blessed by a priest recognised as canonical by the Greek Orthodox Archdiocese. The procedure for intended weddings is as follows:

There must be no impediment (regarding relationships) according to the Canons of the Church.

The priest must be given notice of no less than one month before the intended date of marriage.

The parish priest will thereupon give directions as to the necessary documents, fees for the Archdiocese, as well as for the local Church.

In the case of mixed marriages, the non-Orthodox partner must be a person who belongs to a denomination which accepts the sacramental character of Holy Baptism. Having been baptised in the name of the Holy Trinity, he or she would declare responsibly that future children will be baptised according to the rites of the Eastern Orthodox Church and that they shall be raised in the Orthodox Faith.

Marriages with persons who belong to Pentecostal churches or Reborn Christians, the Baptist church, Salvation Army, Christian Revival Crusades, Assembly of God, Church of Christ and other similar religious groups are prohibited. A non-Orthodox Christian who marries an Orthodox Christian does not automatically become a member of the Orthodox Church, and is therefore not permitted to receive Holy Communion or other sacraments in the Orthodox Church. In addition, Orthodox priests are not allowed to conduct wedding services with priests of other churches. The civil marriage cannot be conducted without the priest simultaneously performing the religious service.

Due to the festive nature of Marriages, they are not permitted during the following festal & fasting periods:

from the 13th December until Christmas day.

on the 5th January, the eve of Epiphany.

from Great Lent until Easter Sunday.

from 1st to 15th August, the Dormition of Theotokos.

on the 29th August, the Beheading of John the Baptist.

on the 14th September, Elevation of the Cross.

Granting of Ecclesiastical Divorce $250.00 per spouse

Such services are held as an act of love and remembrance towards the departed members of the Church. They are not, how-ever, held on the following days:

From the Saturday of Lazarus until the Sunday of St. Thomas.

On the feast days of our Lord : 1 January, Epiphany (6 January), the Presentation (2 February), the Annunciation (25 March), the Ascension, Pentecost, the Transfiguration (6 August) and Christmas Day (25 December).

On the 15 August, the Dormition of the Theotokos.

Our Church adopted fasting from the Old Testament. Christ Himself fasted and preached about its significance (Matt. 6:16-18; Mark 2:18-20 and 9:29). The Early Church too, observed fasting (Acts 13:2, 1423 and IICor.11:27). As early as the beginning of the third century we have documents (known as the ‘Didache’) substantiating the early establishment of regular fast days, such as Wednesday and Friday: these two days are symbolic and commemorative of Christ’s betrayal and crucifixion. And by the end of the fourth century the forty-day (Great) Lenten fast was widespread. Later our Church also adopted other fasting periods. Fasting accompanied by prayer and charity is a way of disciplining our entire person, not just the body. Contrary to what most people think, it underlines – rather than undermining – the significance of the body towards whose glory it also contributes. Furthermore fasting is a small way of sharing in contemporary suffering throughout the world. In our ecclesiastical calendar, fasting usually precedes great feasts and acts as a preparation for these events.

FASTS PRESCRIBED BY THE CHURCH

Every Wednesday and Friday is to be observed with fasting unless some important Feast takes precedence over the fast. (See exceptions noted below). The Fast on Wednesday is in memory of the betrayal of the Lord, and the Fast on Friday in remembrance of His passion and death upon the Cross.

August 29 – The Beheading of St. John the Baptist

September 14 – The Elevation of the Holy Cross

January 5 – The Eve of the Epiphany.

Lent begins forty days before palm Sunday, on the Monday after Cheese-Fare Sunday, and lasts until the evening preceding Palm Sunday. Holy Week is a special Fast in honour of our Lord’s Passion, and lasts from the evening of Palm Sunday through to Holy Saturday.

4. The Fast of the Holy Apostles

5. The Fast of the Theotokos

The fast which precedes the Feast of the Failing-asleep of the All-holy Theotokos begins on August 1 and lasts until the day of the Feast, August 15.

6. The Fast before Christmas

The Fast before Christmas begins on November 15 and lasts until the day of the Feast of the Nativity, December 25.

PERIODS WHEN FASTING IS FORBIDDEN

The Church forbids fasting during the following periods:

From December 25 to January 4.

The week following the Sunday of the Pharisee and Publican.

All Saturdays except Holy Saturday. 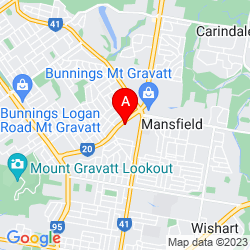